With a 100% online solution, Auctav revitalises the auction sales of the horseracing industry. The concept is : regular sales, easy to access, open to all disciplines and world-wide access. Auctav acts as an intermediary between buyer and vendor, selects the horses and offers secure transactions.

Traditionally horses are sold in auctions at limited fixed dates every year. With Auctav, you choose the date and ensure that the sale of every horse is optimised by selecting the best time to sell according to updates on the track or in the pedigree etc.

You want to sell a horse? Auctav can bring it to market quickly. You want to buy? Sign up to Auctav and the auction are accessible to you, wherever you are in the world.

in order to provide you with the best guarantees, Auctav inspects the quality of the lots offered and secures payments.

With Auctav, sell and buy at the optimum moment. 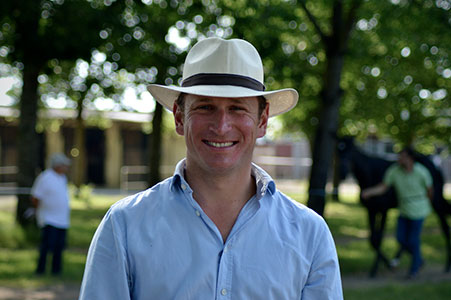 Louis Baudron was born 'in the purple' in the racing world having two grandfathers who are thoroughbred and trotting legends. Importantly, Roger Baudron and Jean-Pierre Dubois have both instilled values of daring, work and curiosity into him.

He set up as a trainer at a young age, and now trains both trotting and thoroughbred horses. Winner of 5 group 1's as a driver and 7 times as a trainer including the Prix du Cornulier in 2013, Louis Baudron is constantly looking to improve his techniques and knowledge thanks in part to his travels, where he brings back the best of both traditional and innovative ideas.

Arnaud Angeliaume, benefitting of his experience as a trainer-driver, and also as a Director of a leading bloodstock auction house for the last five years, brings his skills and knowledge of the horse racing industry and his 'savoir-faire' in business to Auctav.

For Arnaud, modernisation, optimisation and improving the auction market by taking it 100% online offers a way to bring together the best of both tradition and innovation.

Arnaud is the General Director and oversees the trotting sector. 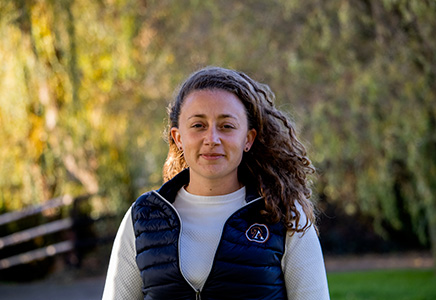 After a diploma in finance and international trade, Cécile added the Equine Science and Business Executive Specialised Master (MESB) to her CV. She joined the RMC Horseracing Syndicate as project manager and then moved to the French Racing and Breeding Committee (FRBC) for five years.

In 2019 she set up CAVA associates to provide bloodstock and consulting services to different sectors of the industry. She brings to AUCTAV skills developed through her experience in commercial and financial world as well as her extensive knowledge of the bloodstock industry. 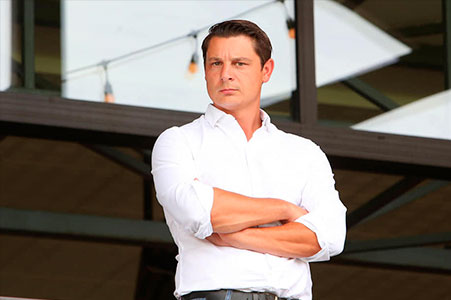 Toby Jones settled In France with all his family 20 years ago. His parents have a stud farm in South West of France. Toby furthered his knowledge with Julian Ince at Haras du Logis then with Jean-Marc Lucas at Haras du Berlais.

Toby Jones then started up as a bloodstock agent and found in breeze up sales and claiming races Group 1 horses.

He will focus on the selection of horses in training for Auctav. 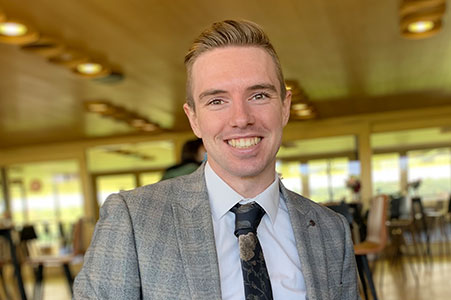 Jacob Pritchard Webb is the Auctav England and Ireland representative for the Auctav sales agency. Jockey and work rider in France, the British had seen his ambitions cut short by an accident which left him paraplegic. He perfectly illustrates the definition of the word resilience.

“I’ve teamed up with Auctav because they are a young and new company that so far have been successful with its concept of online auctions. My role at Auctav will be the UK and Ireland representative where I will look to promote the brand of Auctav and help develop relationships with potential buyers across those countries”. 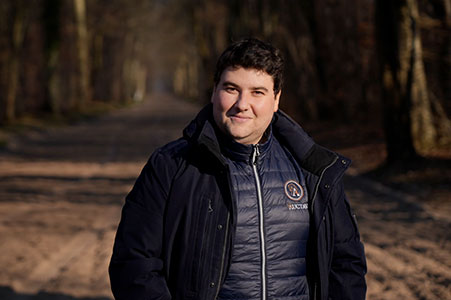 Anthony is a bloodstock agent for trotting. His values are in line with those of Auctav. His sharp eye, his in-depth analysis of races on all tracks and his attendance on racetracks make him a reference. He is also a owner and a trainer.

“I'm a jack-of-all-trades but that led me to have a really global vision of the trotting world. By knowing the technical adjustments and the very rules of the sport, a horse can evolve over several years. I am committed to sharing my experience, my expertise and the pleasure of victory. With Auctav, I will support sellers and buyers so that everyone is a winner”. 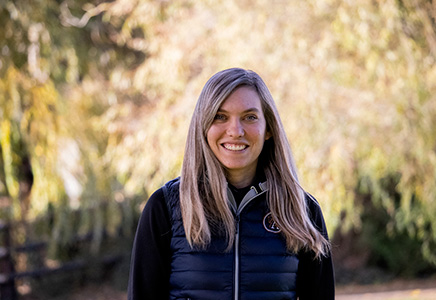 At the age of 3, Sarah discovered equines during a pony baptism. For her parents, it is the beginning of (very) long hours following her and watching her indulge in this passion. After a law degree and a BTS communication, Sarah knows that horses must be part of her professional daily life.

She knows racehorses first through the reformed thoroughbreds who are her partners in CSO. She has even retrained a filly herself in the discipline of endurance.
The inner workings of racing are familiar to her through the years she spent on racetracks as a veterinary assistant on Parisian racetracks . Sarah now owns trotters. She is also at the head of the Moulin d'Aubry stables, boarding house for resting or convalescing racehorses. Her spouse also works in racing as the first boy in a trotting stable in Normandy.

Enthusiastic, precise and attentive, she will be able to respond to your requests to facilitate all your procedures within Auctav.